Did you know we built a library of self-help documents for inmates and their loved ones over the decades? Check it out: WriteAPrisoner.com Self-help Series.

Stan Lee was doing the right thing long before it was popular. And while Stan may not have discriminated against people, I believe he still had two columns for everyone - at least he did in his comics: the good guys and the bad guys. His comics had both, and his characters were free to crossover from one side to the other whenever they wanted. Oftentimes the line was gray. I like to think Stan gave everyone a chance to come back over to the good guy side. I also think we as a society need to do a better job providing all people a path to do the same thing.

Comic books I read for entertainment purposes as a child became so much more than that. I was never going to be as strong as Hulk, as smart as Iron Man, as agile as Spiderman, or as noble as Captain America (Cap was actually Jack Kirby’s), but Stan did give me goals and ideals to shoot for growing up.

I don’t have any photos to put up of Stan and me at a Comic-Con, no personal ties to the man, but he did define my life in so many ways. He created so many of those good guys to look up to. I’m so glad he lived long enough to see what computers and the people behind them do for his characters, something not even the Incredible Lou Ferrigno (not that there was ever a better human to play the Hulk) could do. He lived to 95 and made so many great cameos along the way!

I think the greatest hero Stan Lee ever created was himself. His work affected so many of us in so many ways. I don’t know if I would have ever started our scholarships, Books Behind Bars, and other programs like them had it not been for good influences in my life like Stan Lee’s. I try to make the world a little better because of those do-gooders of his who inspired me so much as a child and even more as an adult. I am never going to be as good as Stan Lee, but I’m sure going to aspire to be like him.

Here is a picture of me with Iron Man. He’s not Stan Lee, but we’ll both miss him equally. 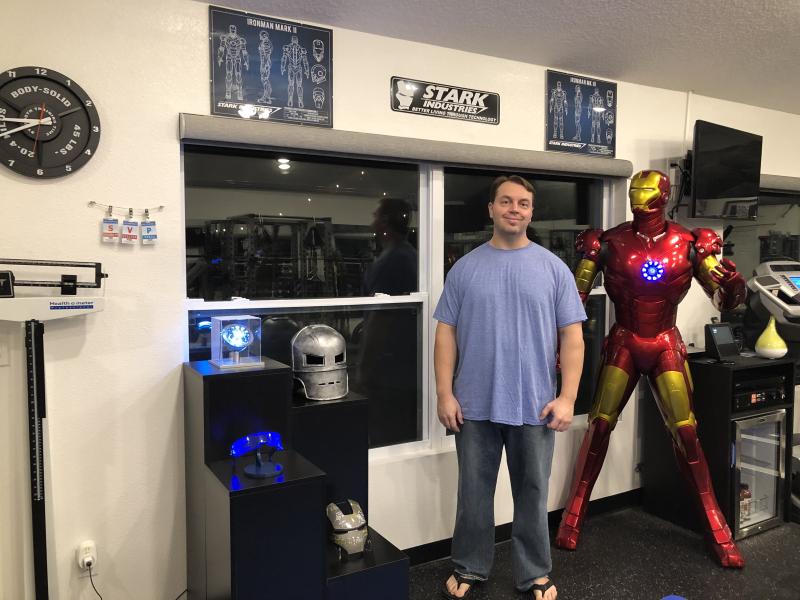